Our Ka-band BDC with multiple local oscillators is designed for mobile commercial, military and BSS SATCOM applications that require switchable access to 4 GHz of Ka spectrum. An airborne version is also available. 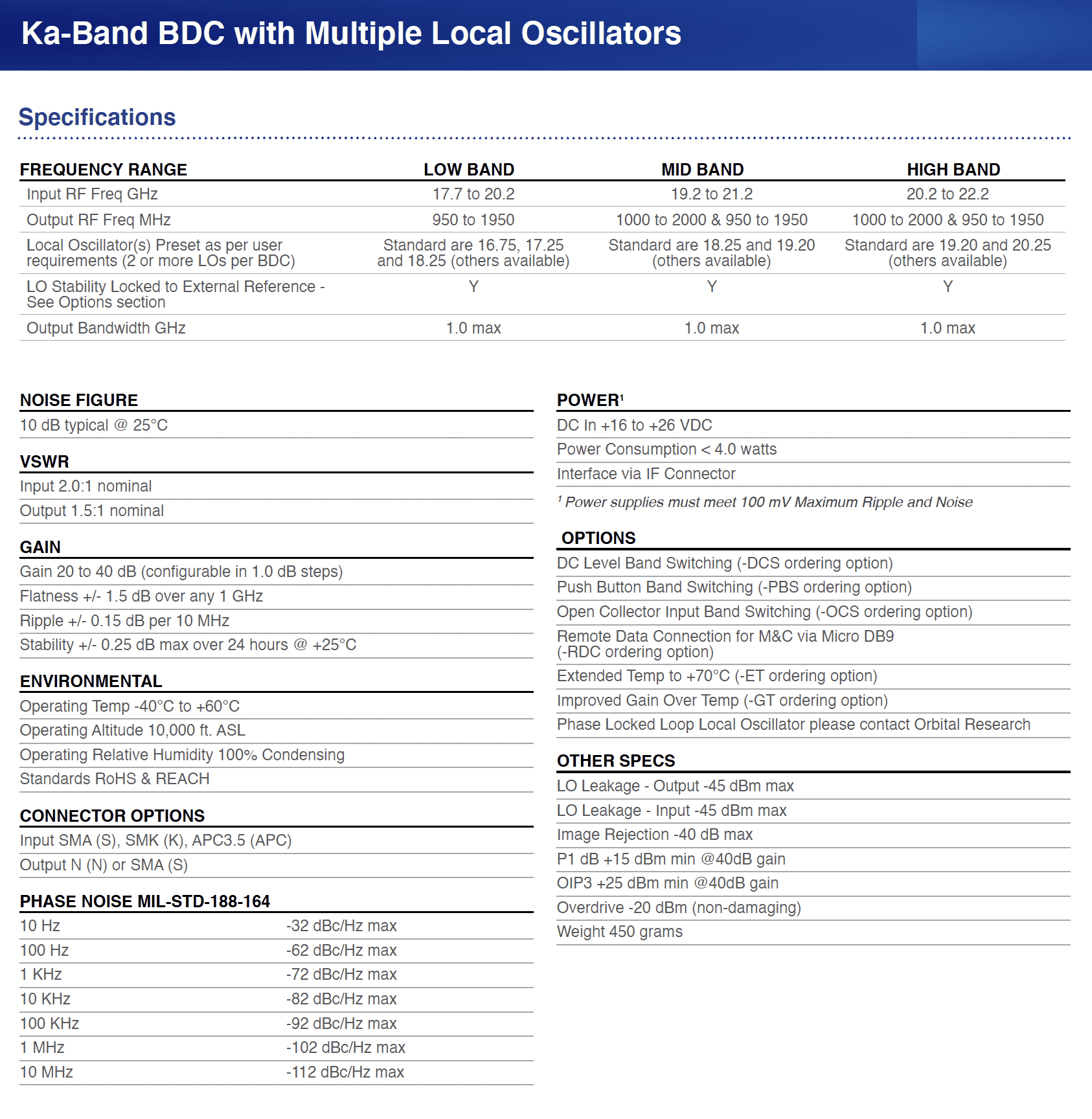 How it works – The LNB has to amplify the multiple signals from the satellite by a factor of a million (60 dB) without adding significant noise (noise figure), but also to perform this conversion without adding distortion. The above graphs represent the comparative levels of distortion between the Orbital design and competitive designs. Basically, if you put two signals into the LNB, you should get two signals, and only two signals, out. You can imagine the mess using a poor quality LNB when you amplify and convert the dozens or even hundreds of signals from the satellite.

What it shows – While an LNB would never be operated at 0 dBm output level, the test and design represent the linear conversion quality of each LNB and the P1 dB compression point. The Two Tone tests are proxies for the quality of conversion that is absolutely necessary for low bit error rate satellite transmissions. LNB non-linearity starts at much lower levels than 0 dBm output, and the 2 tone test is the best method of comparing the quality of design and manufacture of LNBs. The ultimate benefit to the end user is lower noise figure, higher conversion gain, and most importantly, lower bit error rate for their digital transmissions.

Until recently, Orbital has been adding an input isolator to the LNB when required by the customer. Because of recent proprietary improvements in isolator design, Orbital has been able to reduce the width of the isolator so that it can fit inside the case of a standard LNB (without the load sticking out sideways). This gives the added benefit of sealing the isolator into the case with the LNB.